The Aswan-Kom Ombo Archaeological Project (AKAP) is currently a joint venture between the University of Bologna and Yale University. Since 2005, we have been working in selected areas north of the First Nile Cataract, including a section of the west bank, two major wadis intersecting the valley from both sides – Wadi Kubbaniya and Wadi Abu Subeira – and a portion of desert south-east of the Kom Ombo plain. We are particularly interested in reconstructing the long history of the region, focusing on the dynamics of culture contact.

A crossroads of people since deep prehistory, the region has served as a natural and cultural, though not always political, border between ancient Egypt and Nubia throughout much of their history. Archaeological investigation has a long record in the region, starting more than a hundred years ago with the First Archaeological Survey of Nubia, directed by George Reisner, south of the cataract. Most of the research, however, has focused mainly on major sites, such as the regional capital Elephantine, the elite necropolis of Qubbet el-Hawa, or the temple of Philae. Investigations have also concerned prehistoric sites, particularly those from the Late Palaeolithic found in Wadi Kubbaniya by the Combined Prehistoric Expedition directed by Fred Wendorf and Romuald Schild.

With a bottom-up and periphery-core approach, we aim at filling major gaps in current scholarship, providing new interdisciplinary data through survey and excavation. AKAP has already discovered a great number of archaeological sites, ranging from isolated finds to cemeteries, villages, and religious places. They cover a period that goes as far back as the Early Palaeolithic. The increase in construction, land reclamation, and mining activities along the Nile and in the desert hinterland, is threatening most of the sites, adding significance and urgency to our research.

Different datasets, including rock art, are recovered, documented, and analyzed with extensive use of digital technologies and virtual reality, the latter providing an exceptional opportunity to experience the beauty of our discoveries from afar. The results show the complexity of cultural interaction at this borderscape, how it changed through times and how a regional scale, non-elite approach enriches our understanding of the ancient societies of Egypt and Nubia. 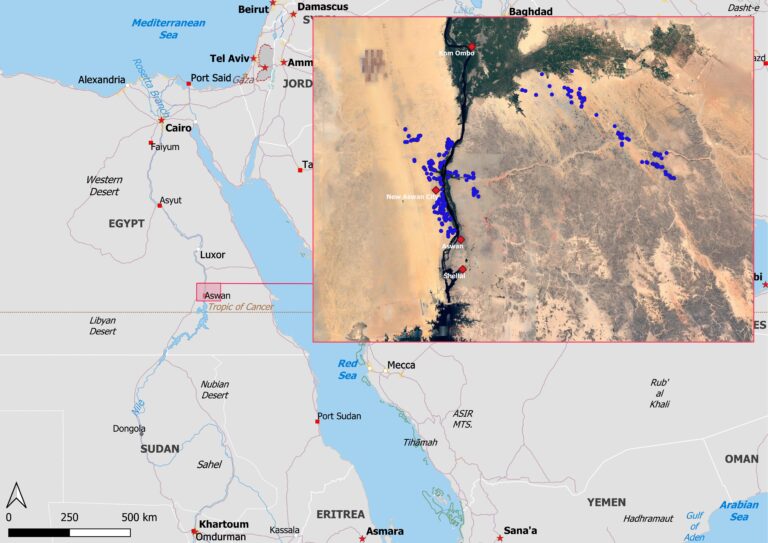